Let’s start with basics. What is block? For miners block - is the full reward that is split between all miners connected to the pool.

Block itself splits into the main part and an additional one. Main part at the moment is fixed at 2 Ethereum. Additional part contains the rest of Ethereum rewards, it varies depending on transaction fees and MeV rewards included in the block.

MeV — is an additional bonus for miners for prioritising transactions within the block. Some blocks may not contain MeV rewards at all.

In PPLNS system miners receive their share of both main and additional parts of the block at the same time, calculated based on the amount of shares they sent to the pool 30 minutes prior to finding the block, and total amount of shares for the same period of time.

When your videocard mines - it performs the work, 1 unit of the work is called a share.

regardless if the block was found or not as we calculate PPS rewards at a fixed rate per share and distribute rewards every 30 minutes.

The rate per share is calculated using the formula that takes into account all the blocks created in the network within 30 minutes and blocks that theoretically could be found by our pool, i.e. the hashrate of our pool is compared to the total hashrate of the network, the complexity of the share, and the number of blocks in the network in 30 minutes. 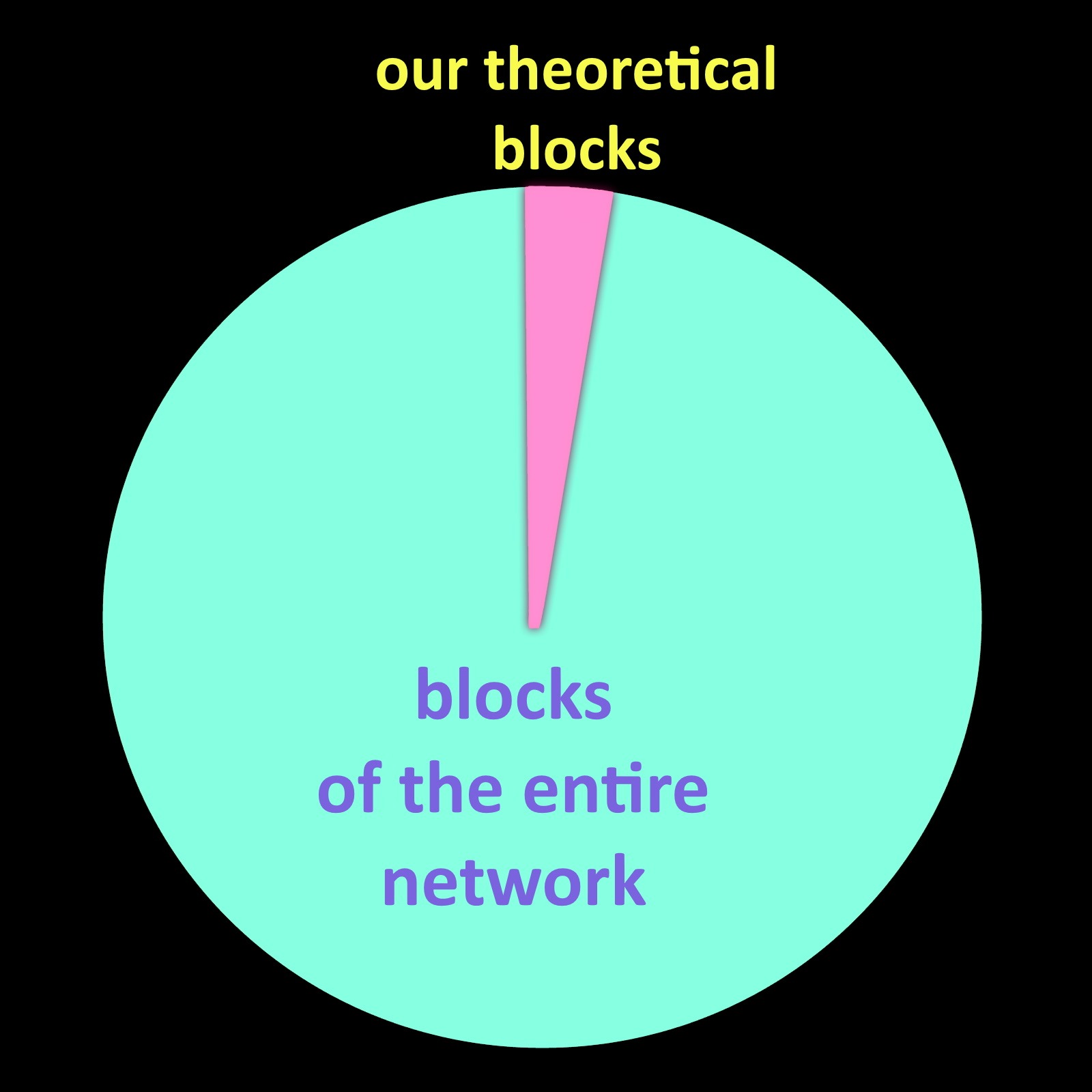 Let’s say two miners sent the same amount of shares to the pool. One miner is on the PPLNS system, the other one PPS+.

After an hour of mining our pool had found a block, btw this is an average time for finding the block.

After that PPLNS miner receives 50% of the main block reward (as he had sent half of the pool’s shares 30 minutes prior to finding the block) + 50% of an additional block reward.

Meanwhile PPS+ miner has already received 2 fixed rewards (every 30 mins), which represent his share of the main block reward.

Once pool finds the block both PPLNS and PPS+ miners get 50% of an additional block reward (TxFees, MeV) as they both contributed an equal amount of shares towards finding the block.

In this case the profitability is the same for both miners. 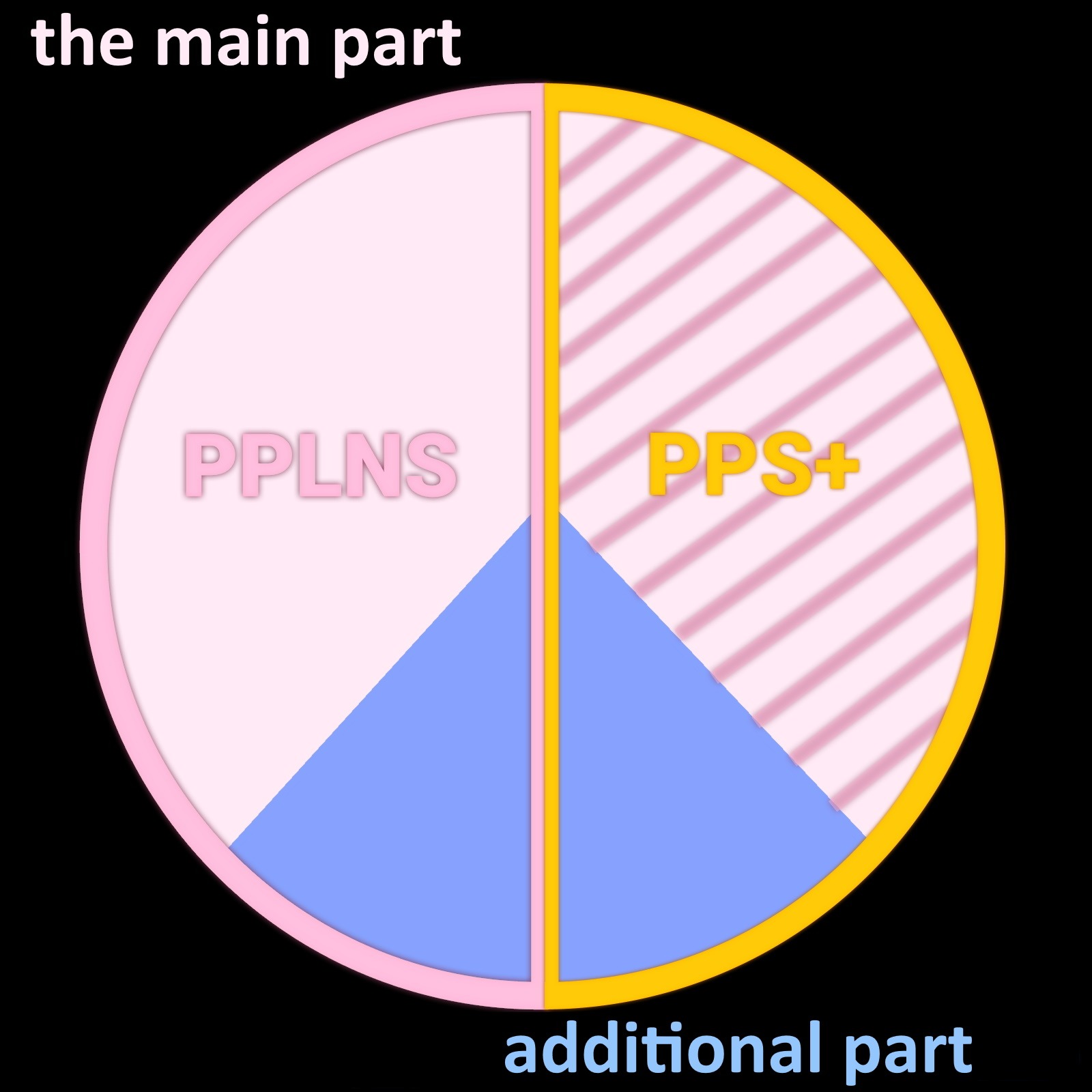 Let’s say the same two miners sent the same amount of shares to the pool. One miner is on the PPLNS system, the other one PPS+.

But this time it took two hours to find a block.

PPLNS miner received half of the main block reward. PPS+ miner received half of the additional part of the block. But since the share rate remained unchanged for this period and miner has been receiving a fixed main block reward every 30 minutes, his overall reward for the main part of the block is 2 times higher than for PPLNS miner. 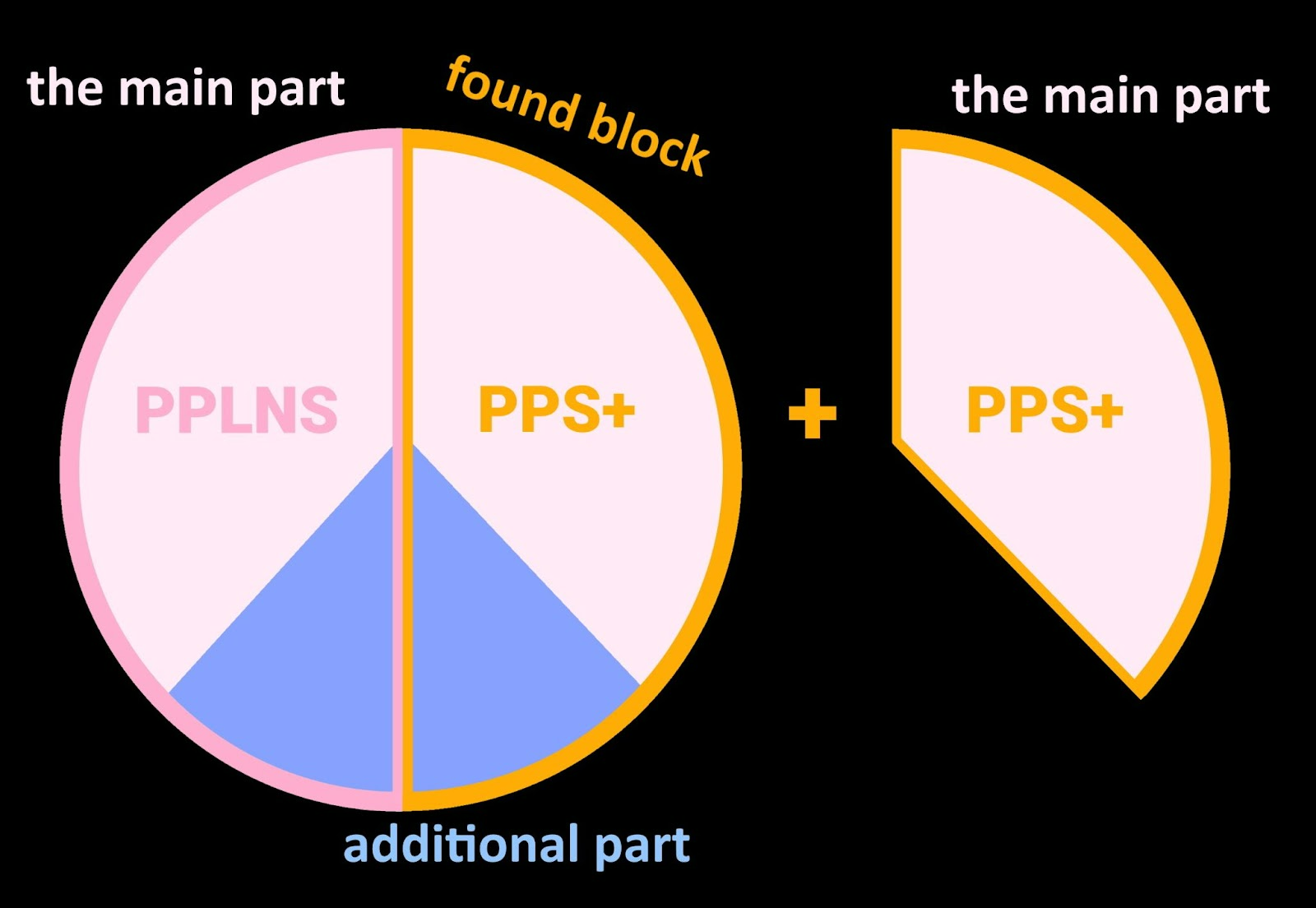 Let’s take the same 2 miners who sent the same amount of shares to the pool. The pool was lucky and found the block after 30 minutes of mining.

PPLNS miner will receive half of the block reward.

However, for the same 30 minutes PPS+ miner will receive only 50% of his half of the block reward. As we calculate the fixed rate per share based on the average time for finding the block (which is 1 hours) - in this case PPS+ miner’s profit from the main block reward is 2 times less.

But both PPLNS and PPS+ miners get 50% of an additional block reward (TxFees, MeV) as they both contributed an equal amount of shares towards finding the block. 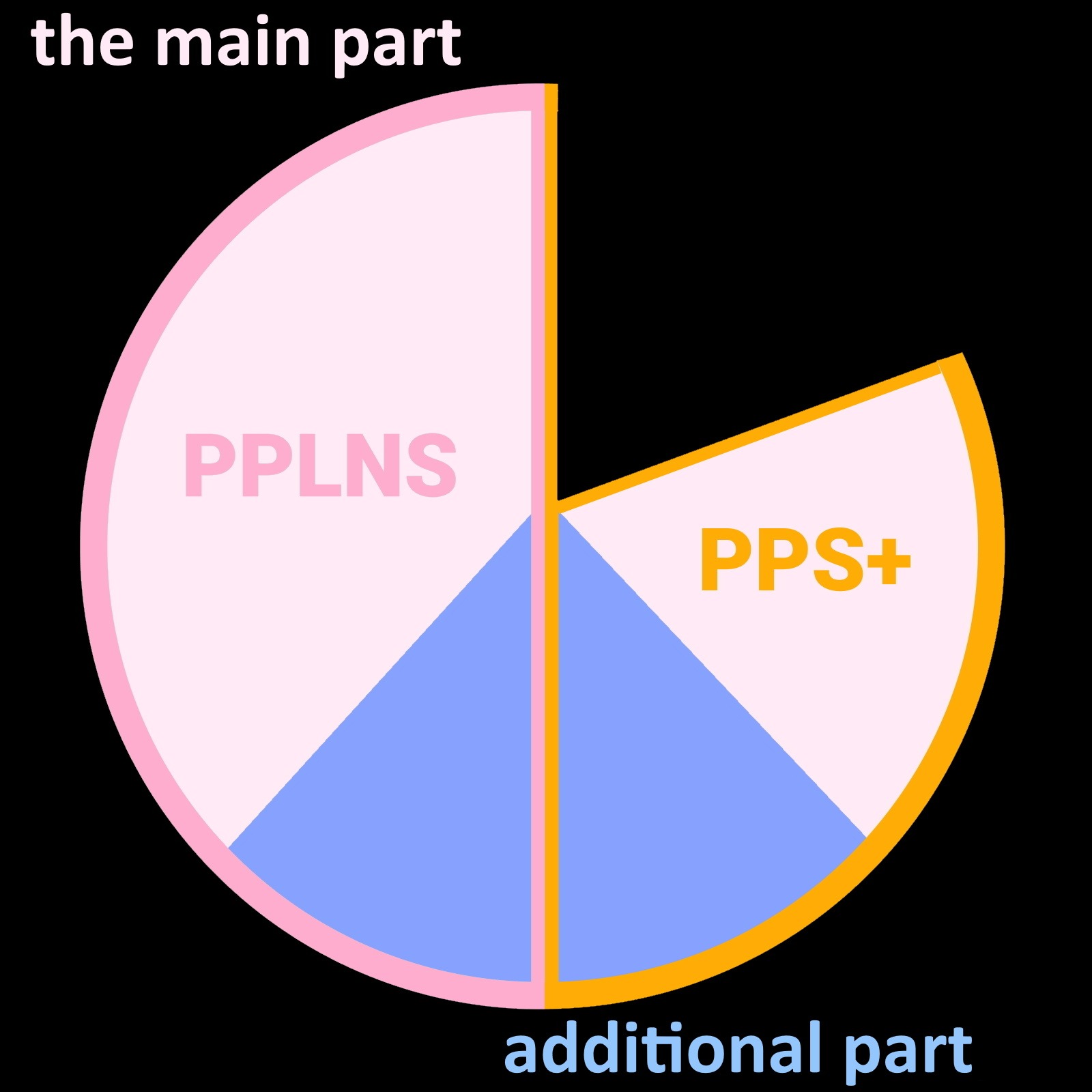 Based on these two examples you can see that overall profitability may vary depending on how often the pool finds the blocks.

PPS+ system offers stability as your mining income doesn’t drop if the pool is not too lucky and finds less blocks than usual. Also “+” represents the PPLNS part of the reward which may contribute significantly to your profitability when the pool is lucky.

In the long run both systems achieve more or less the same profitability.

I
Ivan is the author of this solution article.

Did you find it helpful? Yes No

Send feedback
Sorry we couldn't be helpful. Help us improve this article with your feedback.